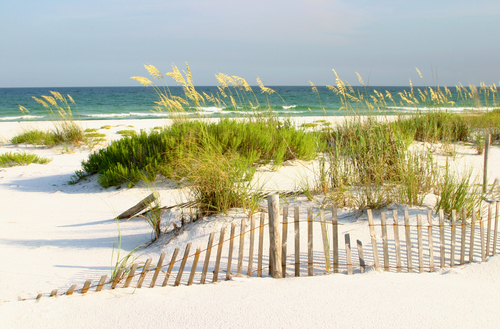 Panel Takes Sobering Look at Future of the Shore

TRENTON – It was a late-afternoon panel of disaster, insurance, and recovery experts speaking in a committee room far from the Shore, but the sobering message Tuesday was aimed squarely at the state’s vulnerable edge: Your way of life may be as tenuous as your house was during Sandy.

” Retreat is a bad word,” said Judd Schechtman, a graduate fellow at the Rutgers University School of Planning and Public Policy. ” Retreathas a very negative connotation, especially in New Jersey. We need a reframing of this: restoration. This is ecological restoration at its heart.” 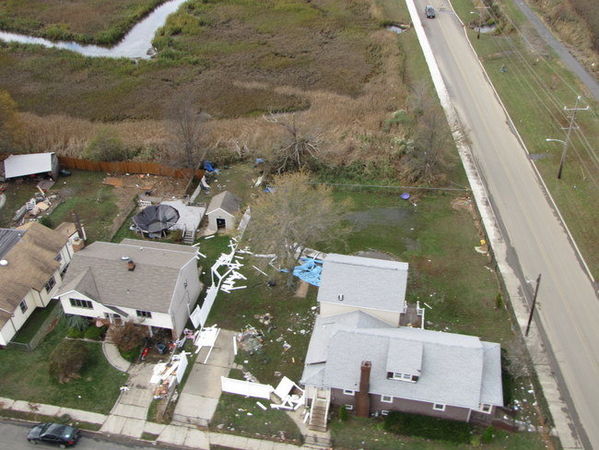 Since Superstorm Sandy, we have been inundated with proposals on how to address rebuilding the coast, both now and in the future. Some of our representatives in the Legislature believe that the state needs to take a stronger role in the process. Assemblyman Peter Barnes (D-Middlesex), for example, wants to create “a state commission that would assume much of the authority for rebuilding the battered shore towns” (“A state agency should oversee Jersey Shore rebuilding in battered towns, lawmaker says,” nj.com, Jan. 4). Andrew Wilner, former New York/New Jersey Baykeeper, has also called for the creation of a coastal commission.

It appears that the governor, and probably much of the state, probably would not endorse the idea. While I think that we need to carefully rethink our rebuilding plans for the coast, I would have to agree that a state commission to oversee rebuilding is probably not going to fly. However, I would like to encourage the creation of a coastal commission that would plan for the future of our coast. 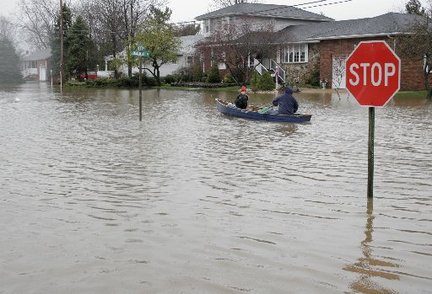 The first two storms – a March 2010 nor’easter and Tropical Storm Irene in August 2011 – brought about 4 to 5 feet of water into the house. But that was just a warm-up to superstorm Sandy, when at least 10 feet of water inundated the home.

“It actually looked like a war zone here after the storm,” said O’Connor, 54, a 16-year resident of hard-hit Weber Avenue. “The entire contents of everyone’s homes was ripped out and piled up on the curb of their houses.” 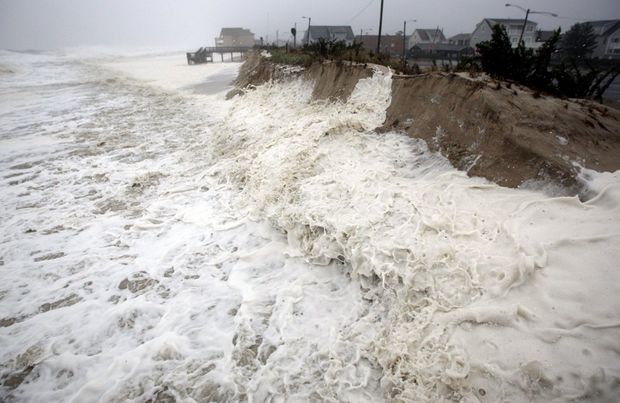 Hurricane Sandy and the Jersey Shore:
Did Engineering or ecology protect us better? 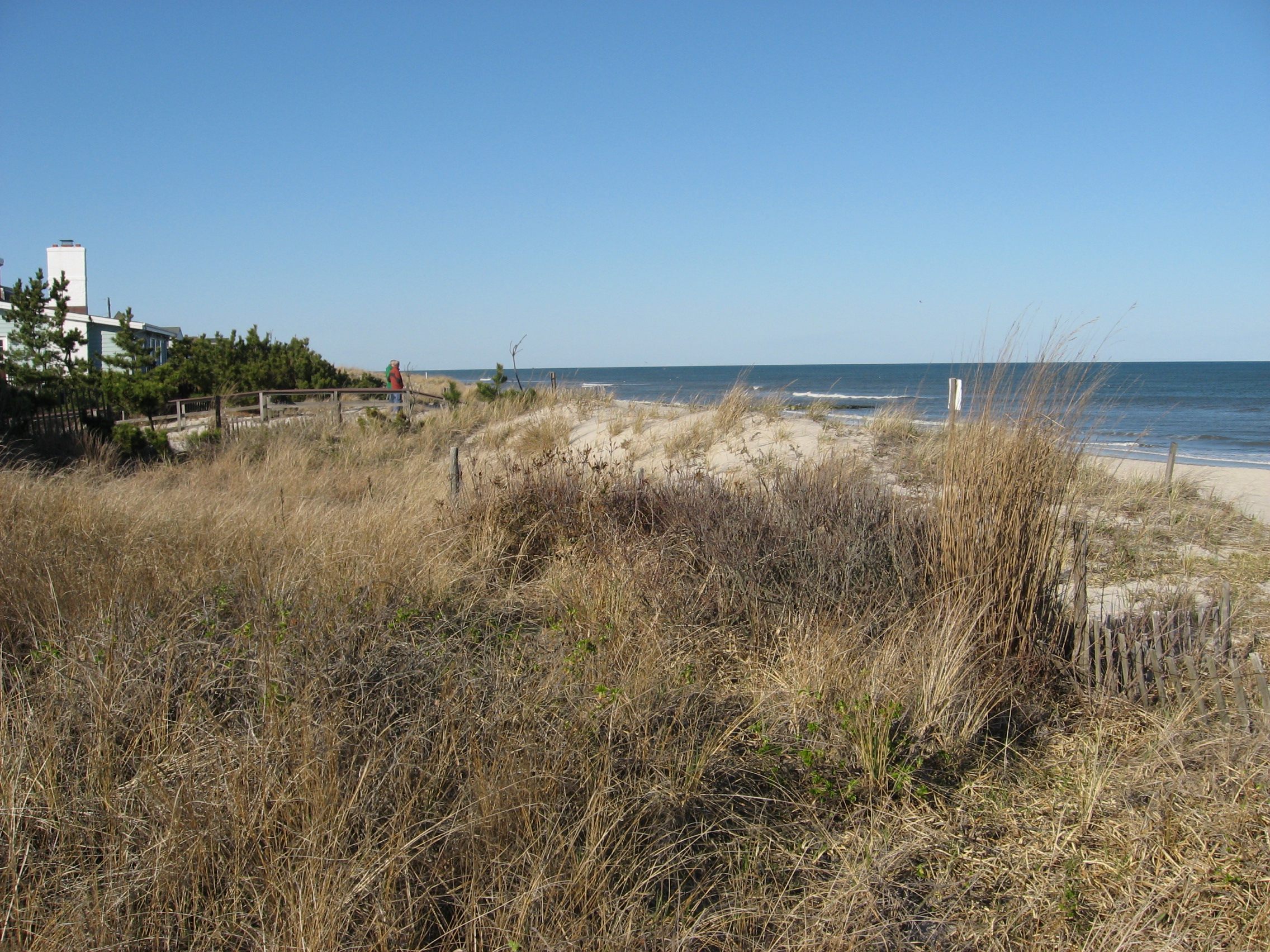 We are big fans of dunes here, preferably the natural ones, and well vegetated.  But even the Army Corps dunes built during beachfills and replenishment provide some measure of protection.  The problem is not all Army Corps beachfill projects include dunes.  This  Op-Ed from the Asbury Park Press Dec 11, 2012 asks why.  So should you. 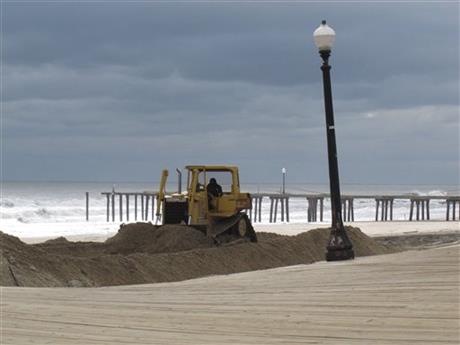 Reporters and politicians, or we should say reporters following politicians, love to run out on to the beach after major storms and declare the beaches are eroding and therefore need replenishing.  It happens every time and Hurricane Sandy was no exception.  This Associated Press article by Wayne Parry from  November 20, 2012 proves the point and was widely distributed.

Any beachgoer knows that in another few months, all that sand will be back.  It comes and goes.  It gets pulled offshore into sandbars in winter and during storms, and it is pushed back onto beaches during calmer conditions of summer.  While the steady rise of our oceans is real, the claims of mass erosion after storms are sometimes just the claims of the sand-industrial complex.

But this article had an especially offensive claim that anywhere a federal beachfill project was in place there was considerably less damage.  That claim, by Stockton College’s Stewart Farrell, was patently false, especially in Monmouth County NJ and it gave rise to this response. 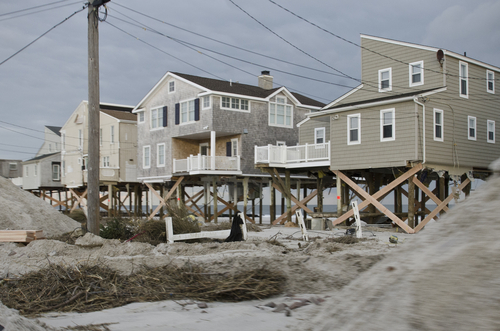 New England Cable News served these 10 mins. of silent aerial footage showing the devastation wrought by Sandy to Long Beach Island.  This starts at Taylor Ave in Beach Haven, pans south to downtown Beach Haven and then further south to Holgate.  Clearly there was overwash on the beachfront earlier, but now the first two blocks are high and dry.  Yet the Bay extends inward 3 blocks in places.  This shows the oceanfront is the highest part of the island, and strong, natural dunes will add protection, but dunes and beach replenishment won’t stop bayside flooding.   View video here. 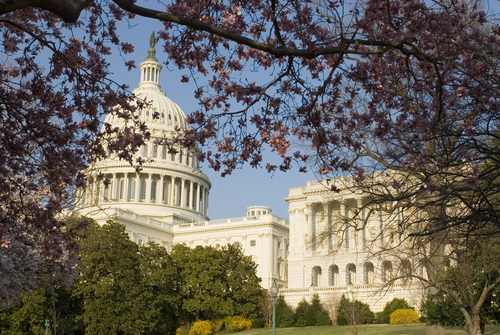