There is a documentary about beach replenishment called Shored Up.  It was reviewed in Variety magazine recently, and in the Village Voice and the New York Times in recent months.  The biggest take away concept from the film is summed up in one quote. 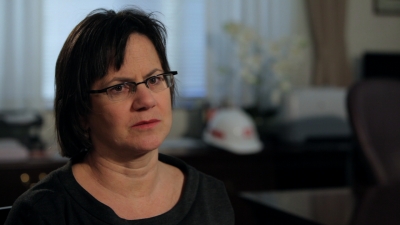 It is from Kathleen White from the Army Corps of Engineers headquarters in DC.  She’s the Senior Lead on Global Climate Change for the Corps, and she says, “If you are considering a beach re-nourishment project as your primary risk reduction measure for investments; public investments, private investments, and homes and land and businesses, and you are in an area where you are predicted to have a lot of sea level change that could be causing erosion, then you are in a unsustainable position,”   Emphasis added.

If this is true, the next question is are any coastal communities doing something else besides just waiting for the Army Corps to come and replenish their beaches?  Perhaps some are, and we’d love to know about them here at Rethink, but from where we sit in Sandy-land, from where we sit in Coastal NJ, most towns are just waiting for the Army Corps.

We wrote about one exception here, and another possible exception in the making here.

Another favorite quote from the film, “There are limits to what you can build on a pile of sand.”  Dr. Stanley R. Riggs, of East Carolina University.